A lazy girl's guide to getting outside in the city 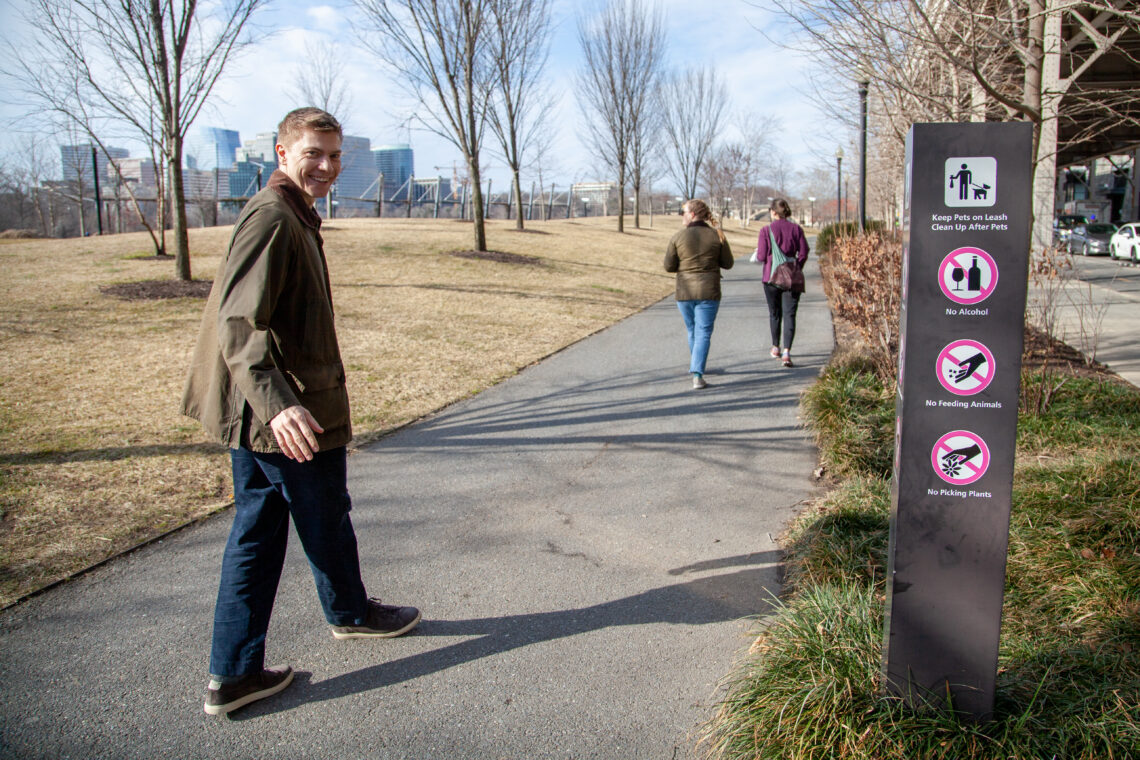 A thriving port city, a center of industry, and now a popular park. Georgetown Waterfront Park provides an excellent spot for recreation in addition to preserving the unique waterfront history of Georgetown.

A brief history of the Georgetown waterfront

Most parks don’t start out as parks.

Georgetown was established years before Washington, D.C. was a twinkle in George Washington’s eye—and the waterfront is precisely what made it so important. Today’s park sits on a centuries-old history that contains many of the stories that built our country—both the good and the bad.

Located at the fall line, the port at Georgetown was the furthest that ships could make it up the Potomac River, which made it vital for trade further inland.

A sporty hang with lots of history

Historic home of the Nacotchtank

Current-day Georgetown was a strategic trade location long before the English arrived.

The first people to live in what would become Georgetown were the native Nacotchtank people, whose name comes from the word “anaquashatanik” meaning “town of traders.”

In 1608, John Smith was the first colonist to encounter the Nactchtank people, but he wouldn’t be the last. After several violent encounters with English traders in the 1620s (spoiler, the English started it) and with their numbers dwindling, the tribe was forced to relocate and merged with the Piscataway and other tribes.

According to the White House Historical Association, “By 1670, all the land in future Washington, D.C. had been claimed by colonists.“

Georgetown as a port city

By the mid-1700s, a small port-side community had built up around the tobacco and slave trades.

While there is apparently still some debate as to what capacity Georgetown served as a slave port, in 2019 Georgetown Waterfront Park was officially designated as a UNESCO “Site of Memory” for historical places associated with slavery. It is thought that the first slave ship, the Liverpool Merchant, arrived in Georgetown in 1732.

In 1751, the town was incorporated into Maryland as Georgetown, 25 years before the United States existed. It is possible that the town was named after either King George II or the two founding Georges (George Gordon and George Bealle)who owned the land.

Soon, another George had his eye on the town. After the American Revolution, George Washington frequented Georgetown and transformed it and the surrounding land into America’s federal capital. The District of Columbia was founded in 1790. In the beginning, Georgetown was an independent municipality within the District of Columbia along with Alexandria, D.C., and Washington, D.C.

Industry by the river

By the 1820s, the Potomac River was too full of silt to continue on as a port, and the area became more industrial. Sure, the city built the C&O Canal, which helped trade a bit, but ultimately trade through Georgetown completely stopped. (It didn’t help that the canal got into a fight with the trains and lost.)

In 1949, the city constructed the Whitehurst Freeway, an elevated highway above K Street which allows people to skip Georgetown on their way from Key Street Bridge to Downtown, D.C.

Things to do at Georgetown Waterfront Park

My favorite thing to do at Georgetown Waterfront Park is to have a picnic. Pick up a sandwich on Georgetown’s main stretch and bring it down to one of the many benches facing the water to watch the boats drift by.

This park sits at the crossroads between two major trail systems—Rock Creek Trail and the Capital Crescent Trail. As a result, the park is full of people out getting their sweat on. You’ll see people jogging, walking, stretching, doing yoga, and more.

While it may be the perfect spot for a stretching circle, the labyrinth is actually a path designed for meditation. As you walk from the outside of the labyrinth on the winding route to the center, you might even find a little piece of zen.

Birdwatch at the River Steps

The River Steps were originally designed as a spot to watch rowing regattas, but they are mostly used for sitting with friends and watching the resident flock of ducks and geese swindle snacks off of picnicking tourists.

Take in the view

This park is the perfect location to view Key Bridge, the dramatic “classical revival” style bridge that takes commuters from Arlington into DC. You can also spot the Kennedy Center and even the tip of the Washington Monument from Georgetown Waterfront Park.

During the warmer months, an arching fountain provides a pleasant ambiance as well as endless fun for the kiddos.

Sandwiching the park, but not technically a part of it, are two boathouses: Thompson Boat House and Key Bridge Boathouse. You can rent kayaks, canoes, and paddleboards and even take classes.

Getting to Georgetown Waterfront Park

Today, Georgetown Waterfront Park sits on the water just off of K Street beneath the Whitehurst Freeway. It stretches from 31st Street NW to Key Bridge on what was once the former Georgetown Port and in the footprint of old industrial sites.

Parking is often hard to find, but I find there tends to be space in the morning. I also have a secret spot on Potomac Ave, but I’m definitely not telling you where it is.

Georgetown is notoriously hard to get to by metro, but there are several bus routes that go through Georgetown including the Georgetown-Union Station Circulator.

To the 31st Street side of the park, you’ll find the Washington Harbor Shopping Mall, the Georgetown Dock, and the Embassies of Iceland and Sweden. You’ll also find the start to Rock Creek Trail, which you can take South to the Lincoln Memorial and North to Peirce Mill.

The Georgetown waterfront is one of the few places you can pick up the water taxi, which will take you to and from the Wharf. You have to buy tickets in advance and the taxi leaves every two hours, so definitely be at the dock on time!

Looking for more good places to picnic in DC? Here are my top picks.

The hidden history of Montrose Park 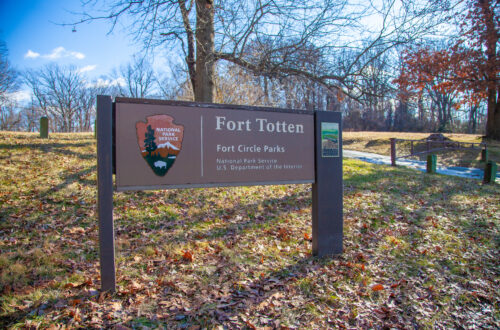